Tomographic Particle Image Velocimetry (Tomo-PIV) with the LaVision Flow Master system provides volumetric measurements of particle or droplet velocities. A thick laser sheet is used to illuminate the particles within a wedge of the spray. With three cameras capturing the scattered light from multiple viewpoints, the components of speed and direction can be determined in three dimensions.

The thick laser sheet is typically aligned so that the primary velocity component is in-line with the nozzle axis. Typically, many instantaneous velocity fields are determined and used to generate an ensemble average 3D velocity field. The simultaneous capture of 3D velocities across a spray-plane is a unique capability of this non-intrusive measurement method, and can be very useful in applications where the spray interacts with a target or a moving gas stream and for CFD validation purposes.

The tomo-PIV instrument provides a high-spatial resolution, instantaneous spray velocity field result. Instantaneous results may be ensemble-averaged into mean representations. The system may be triggered to resolve transient spray development effects over multiple cycles. The non-intrusive nature of the laser sheet illumination of the spray cross-section allows for high-quality volumetric spray velocity measurements, which allows detailed observation of the three-dimensional spray characteristics.

The tomo-PIV system does not provide drop size information; thus, it is often used in conjunction with one of the many drop size measurement instruments to provide additional characterization.

The tomo-PIV system uses a short-duration pulsed laser, which passes through two divergent lens, to illuminate a thick cross-section of the spray. The short laser pulse effectively freezes the spray droplets in place as they are imaged. The droplets scatter the laser light, and three cameras, which are triggered with the laser pulse, images the droplets within the laser plane from different perspectives. The laser output power, camera optics, and background noise subtraction from the images are all used to remove out of focus droplets and other objects from view.

As the droplets traverse within the thick laser sheet, double-frame images are acquired with a very small and known time delay. The LaVision DaVis software package is then used to run a series of cross-correlation algorithms to determine the displacement of small groups of particles in three dimensions. The combination of a known displacement distance / direction and a known time delay between image pairs allows for a direct calculation of the local velocity. This procedure is performed over the entire image domain, and a volumetric representation of the instantaneous droplet velocity field is determined. Many instantaneous velocity fields are generally acquired and used to generate an ensemble average velocity field result. Typically, water is used as the spray medium during PIV measurements. 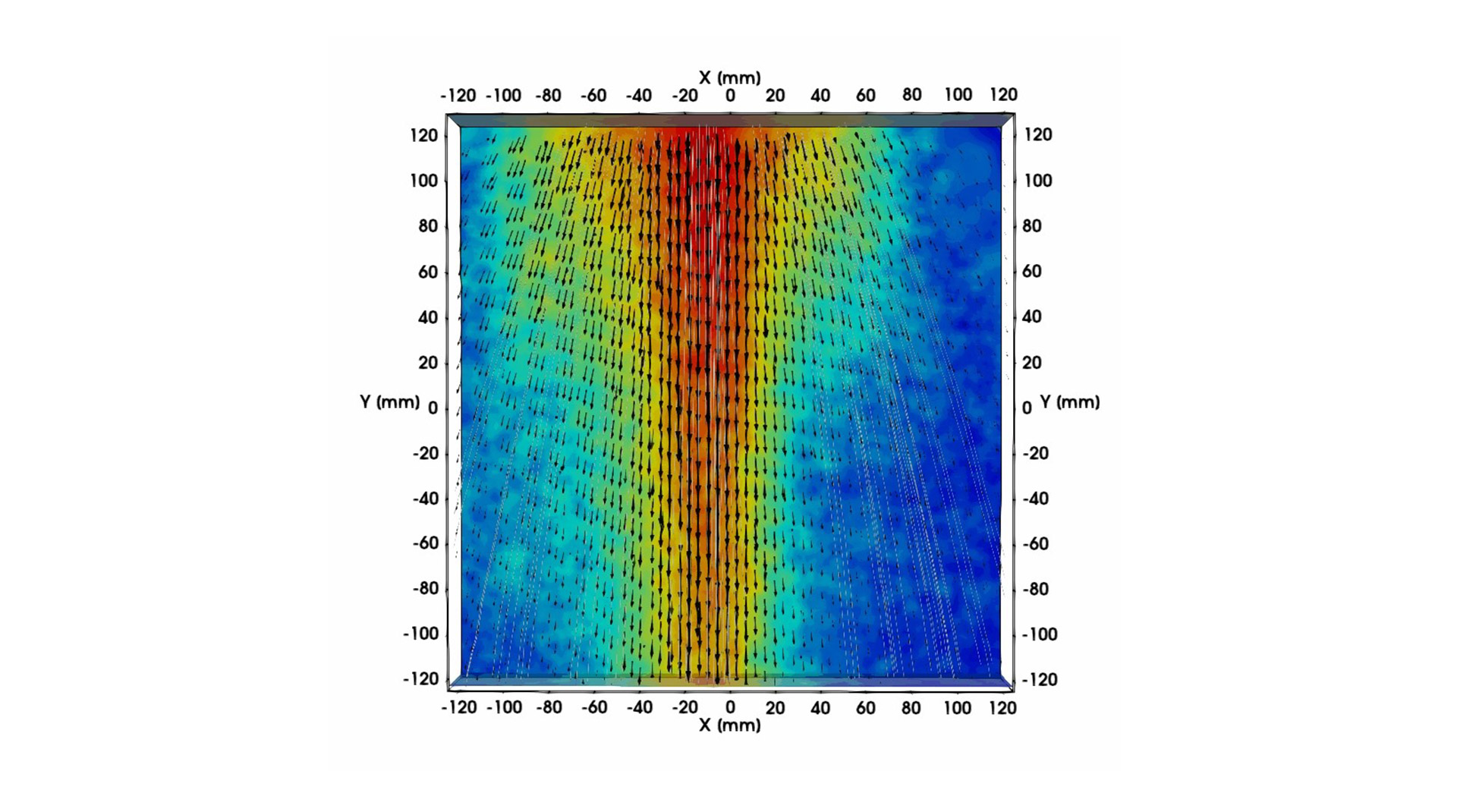 Want to learn more about the characteristics of your spray operations? Contact us